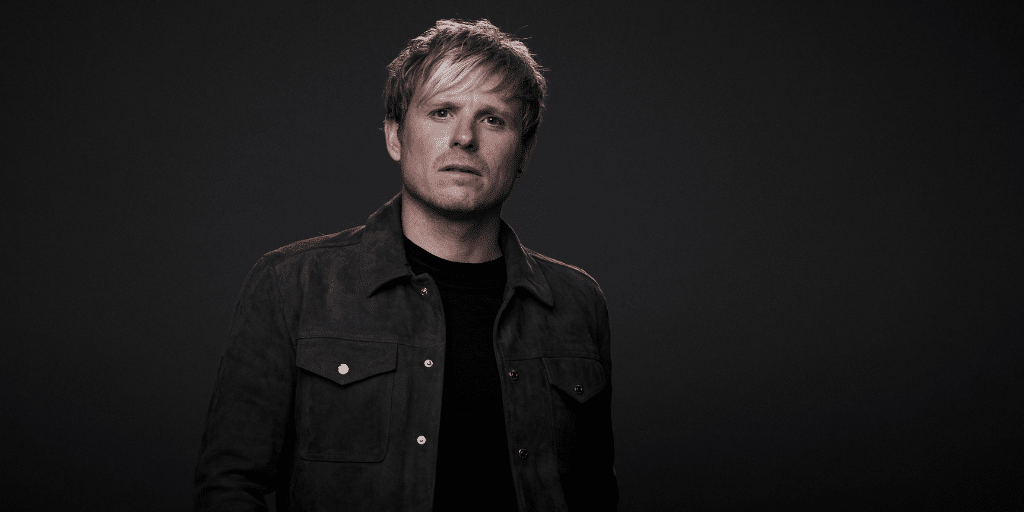 By Charlie Southall7th May 2019May 25th, 2022Uncategorised
No Comments

In 2005, armed with a small Business Start-Up Loan from the Prince’s Trust, an impetuous 24 year old prepared to make something happen.

On meeting Charlie Southall, founder and Creative Director of thriving video company Dragonfly Productions, you might jump to a few conclusions. With an Audi sports car, a Soho office, a seaside property on the south coast and brimming with quiet but potent confidence, you could be forgiven for assuming the 33 year old is just another privately-schooled, family-funded ‘media type’. But this couldn’t be further from the truth.

“I actually come from a poor background. My grandfather was a coal miner, my dad’s an artist who could barely sell his work and my mum was still in university when I was a child… It’s a cliché but we really did struggle to put food on the table, in a very literal sense.” Following his parents’ separation, Charlie grew up in a council house with his mum and his brothers and sisters.

By his own admission, Charlie was a tearaway teen. “I was in and out of A&E constantly because I was always having accidents, I seemed to always be accidentally damaging myself in one way or another. I think my mum resigned herself to the fact that I’d end up dead… I was incredibly reckless.” At the tender age of nineteen, Charlie ended up having one short but memorable brush with the law, and this was the wake-up call he needed.

“I decided after that experience that I needed to sort myself out, so I enrolled on a media course at University in Portsmouth and I soon discovered that I absolutely loved making films. I was quite good at it too!”

But that wasn’t the ‘happy ending’, as it turns out. Graduation proved to be a major milestone in Charlie’s life, but not necessarily for the right reasons. He ended up, as many graduates do, back at his mum’s house.  “Back in the same bloody bedroom,” he says, shaking his head. “I really didn’t know what to do with myself. It came as a big surprise because I wanted to be moving forwards… not backwards. I felt a bit conned by my university and at that time, my degree didn’t seem worth the time and money I’d invested. Three years on, I was back where I started. To this day nobody’s ever asked to see my degree certificate. It’s never been out of its envelope.”

It’s an all-too-familiar situation faced by thousands of young school- and university-leavers. Whilst he did enjoy his degree, Charlie nods enthusiastically when we talk about the Evening Standard’s recent campaign to persuade businesses to offer apprenticeships to school-leavers as an alternative to higher education. “I do feel apprenticeships can be much more effective than ‘traditional education’. The latter is beneficial in certain areas, but in others, it’s a joke. In creative industries it’s particularly difficult, because creatives tend not to be academic and yet to achieve the degree, people tell you is essential. You must write a dissertation or written reports on work which you have produced. It doesn’t quite work for a creative individual.”

Frustrated and bored back at the family home, Charlie tells me, “I just had to go somewhere… and Brighton seemed like a good option.”  Yet with no job to go to and no Brightonian connections, Charlie simply arrived and signed on. Wasn’t this even more depressing? He shakes his head, “I’m quite good at getting into things, and it wasn’t long before I discovered the Prince’s Trust and went through the process of applying for a loan to start my own video production company.”

Armed with nothing more than a Business Start-Up loan and unshakeable resolve, Charlie founded Dragonfly Video Productions and he’s never really looked back.  “At that point it was the most amount of money I had ever had and even with no commercial experience whatsoever, I just knew I could (and would) turn that money into a business.”

He wasn’t wrong. In its first year, Dragonfly won contracts with the likes of Virgin, The NHS and Pepsico. Charlie had two priorities: firstly, to pay back his loan to the Prince’s Trust, which he managed, without missing a payment. Secondly, “I wanted to quickly save up for a deposit and put it down on a flat. After spending my childhood between properties or in council accommodation, I desperately wanted my own home.” And in 2007, he did. It took just two years.

So what’s been the secret to Dragonfly’s success? Charlie flags up two key factors. Firstly, he is hugely grateful to the Prince’s Trust for helping him turn his life around. What’s clear when talking to Charlie about the success of his business is how passionately he feels about Dragonfly being helped into existence by a charity. “What is interesting to me looking back now is how much that small business start up loan changed my inner being. I am no longer the same person. I’m a far more improved person,” he explains.

Having that amount of trust placed in him really made a difference and Charlie strongly believes that this kind of attitude is what we ought to be instilling in young people today. It’s what he feels he was missing back in those tearaway days of his teens. “It’s funny, because I felt I was utterly on the margins of society when I was young and now I’m running this company that very much gets me to the centre of that society.”

Whilst Dragonfly has worked with a large number of corporate clients, the most inspiring and (as it turns out) lucrative work actually comes from charities and the public sector. “That’s just one of the reasons why I don’t resent paying tax at all,” he explains. “Dragonfly has benefited hugely from taxpayers money in various guises, and I feel very strongly about making our contribution to those funds in turn.” And it’s not just about making financial contributions. In 2007 Charlie set up the Kids Film School, a not for profit that offers courses to young people on all aspects of film-making, as well as providing film equipment, editing facilities and more.

The second factor Charlie feels has made Dragonfly a success is his conviction that “you’ve just got to get out there and make things happen for yourself.” He cites an interview with the late Steve Jobs that he once watched online. Jobs was talking about the moment he realised that the devices he used and the rules he followed in life had all been created by other people just like him… and the realisation he could actually be one of those people, shaping what people used and how they lived. Like Jobs, Charlie is clearly a great believer in taking charge of your own destiny: “Entrepreneurs are no different to regular people, it’s just that they are the doers. It’s the difference between the guy at the bar that talks about an idea and the guy that goes home and does it.”

Despite this philosophy, Charlie doesn’t take sole credit for Dragonfly’s impressive reputation and is quick to explain the important contributions of all the freelancers that Dragonfly has worked with over the years. One way of “keeping his finger on the pulse”, Charlie explains, is by bringing in fresh talent whenever he spots it, and this brings us back to talking about how creative young people can be inspired by businesses like Dragonfly. “I work with a huge number of freelancers now, and a lot of them are just starting out in their careers,” he explains. In fact, when Dragonfly was in its infancy, Charlie would attend degree shows in order to source new talent. He cites Paul, a freelance designer he met at one such event in London, who is the artist behind the Dragonfly logo that the company uses to this day. “It’s a win-win situation: I get the enthusiasm and passion of budding young creative and they get their first opportunity, right on the doorstep of their university.”

So, with a thriving video production company, and a partner about to give birth to their first baby, is Charlie resting on his laurels? “Absolutely not. To be honest, the starting up of the business has been the most enjoyable part… while the business now very much supports my life and what will soon be my family, the stakes are so much higher now.” He’s also mindful of the precarious economic times we’re living in – in 2009, for instance, Dragonfly went nine months without a single contract. “Sometimes with the business I do feel quite trapped. I have a lot of responsibility and I am in it completely alone.” It’s interesting that he chose to name the company Dragonfly, I mention. “A dragonfly can change direction without losing speed,” Charlie explains. “That’s what I’m mindful that we as a business need to do”

Would the tattooed teenage tearaway recognise the motivated, smartly dressed entrepreneur who’s sat before me? “I don’t know,” Charlie replies with trademark frankness. “I always had a sort of burning belief that I would make Dragonfly a success and, thanks to hard graft and the money from the Prince’s Trust, I have.” He alludes to other business ventures he’s scoping out for the future. He’s very recently expanded Dragonfly Productions into Asia, creating a Hong Kong based video production company as well as helping his partner launch a cleaning company in Brighton. No early retirement then Charlie? He laughs. “There’s nothing like the thrill of setting up a new business and I am plagued by new ideas. They keep me up at night. I’m impatient and I like change, so who knows what I’ll do next.”

Dragonfly Productions gave employment to over 60 individuals in 2012, ranging from actors and writers to animators, creatives and camera operators.